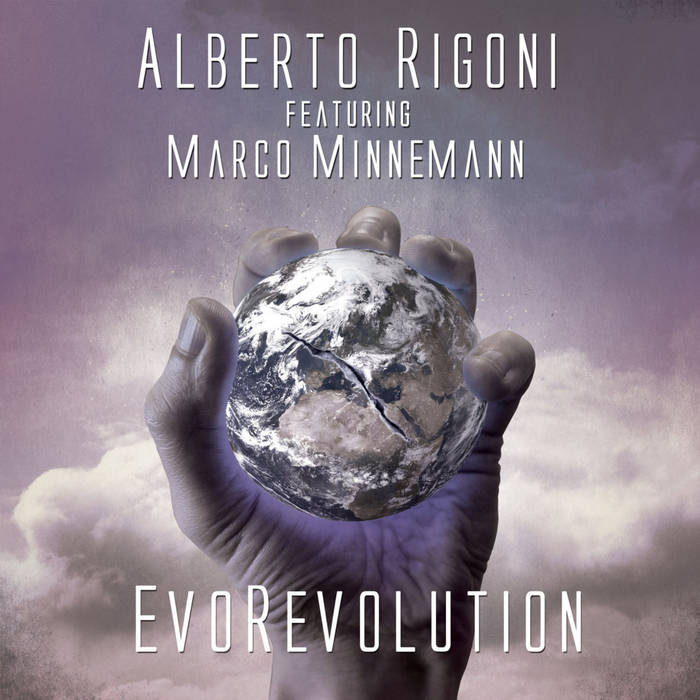 An album in the old sense coming in around 38 minutes so definitely not outstaying its welcome. Beautifully crafted and executed, with the right balance of jaw-dropping playing with riffs melodies and tunes.
- Tom Cornell
www.decibelgeek.com/wordpress/alberto-rigoni-evorevolution-album-review/


After the release of six albums between 2008 and 2017, Italian bassist and composer Alberto Rigoni (soloist, co-producer of Vivaldi Metal Project, founder of Bassists Alliance Project, ex Twinspirits) is now going to release "EvoRevolution", an instrumental prog/rock/ambient concept album which features worldwide known drummer Marco Minnemann (The Aristocrats, Paul Gilbert). "EvoRevolution" consists in a 33mins "concept" suite divided in 6 chapters and in the second track called Back to Life.

Minnemann: "Alberto approached me with the idea of adding drums to a fairly long piece composed mainly on the bass guitar. It goes in chapters and takes you on a trip through a variation of sensitive and dynamic soundscapes, leads through heavy rock song like parts, odd meter prog or jazz orientated sections and many more surprises. I was immediately up for this adventure and also enjoyed the musical freedom I was given for this production. Truly an enjoyable and great time being part of this release".

Alberto: "The composition and production of this album have been the most challenging I've ever done. I tried to bring my bass to another level and, together with Marco's drumming, I think (and hope) we created a unique sound."