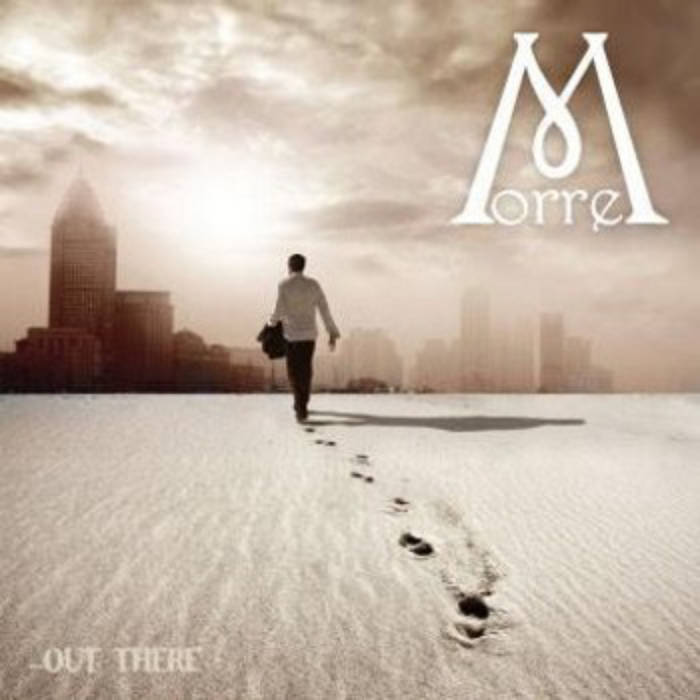 "They let their musical skills shine through. And shine they do! Intricate melodies, multi tracked vocals, and precise rhythm all combine to create earworms (songs that stay with you days after hearing them). Morre's songs are like audio syphilis - dangerously contagious. To sum up Morre, they are like a Led Zeppelin Pinot Noir. Take the sound of Led Zeppelin, add in a bit of modernization, a dash of World flavor, and let age in your iPod. I guarantee you Morre will age like fine wine and you will come back for Morre."

"Coming out of Canada with all the ferocity of a tsunami comes new classy melodic rockers MORRE, who with their radio-friendly sound should surely be set to blow up big time real soon. The music found on ...OUT THERE definitely has a modern tinge to it, but also has all of the mentality and appeal of some of the great guitar bands of the past like CREAM, LED ZEPPELIN, PINK FLOYD... The overall feeling I got about the album was that it was very classy and should have mega-appeal to anyone that likes their music with some heart & soul mixed with the rockness. ...OUT THERE is an album that has been expertly written, virtouistically played and produced perfectly, and for a debut album I must admit it is truly breathtaking in places."

"the bands that I've been hearing from are putting out some good music and the latest band that fits into that category is named Morre. The band based out of Toronto plays a brand of classic rock that also adds in some modern elements to keep their sound fresh. The band's music features a multi-guitar and dual vocals attack in their songs. Most of the songs found on ...Out There are guitar driven and are peppered with short guitar solos that are found throughout them. The vocals are strong and offer up a lot of vocal harmonies in them."

MORRE Album Review (...Out There)
The Grouch (www.grouchygaijin.com)

"Morre is a 4 piece with a throw back to the old guitar bands of yesterday. What I mean is that in their band they have two guys who could easily play lead in any band they choose. What makes these guys special is how well they work together. Throw into the mix a drummer who simply smokes and a very solid bass player and you have the makings of what could become a super group."

"A hidden gem? MORRE is a Toronto/Canada based band and somehow I have not read much about this little known act and that is a pity, because from out of nowhere they sent me their CD 'Out there', which contains very strong original Melodic Rock. They play original clever rock music with clear AOR (Album Oriented Rock) melodies, yet the difference with many AOR bands is that their arrangements in each and every song are not at all standard melodic rock based, because the tempo changes a lot and the use of acoustic guitars is giving MORRE a rather unique overall sound. I am quite sure the AOR fans will love this band a lot, but I think they can easily reach a wider audience thanks to their QUEEN meets LED ZEPPELIN meets PINK FLOYD kinda arrangements."