by By Blood Alone 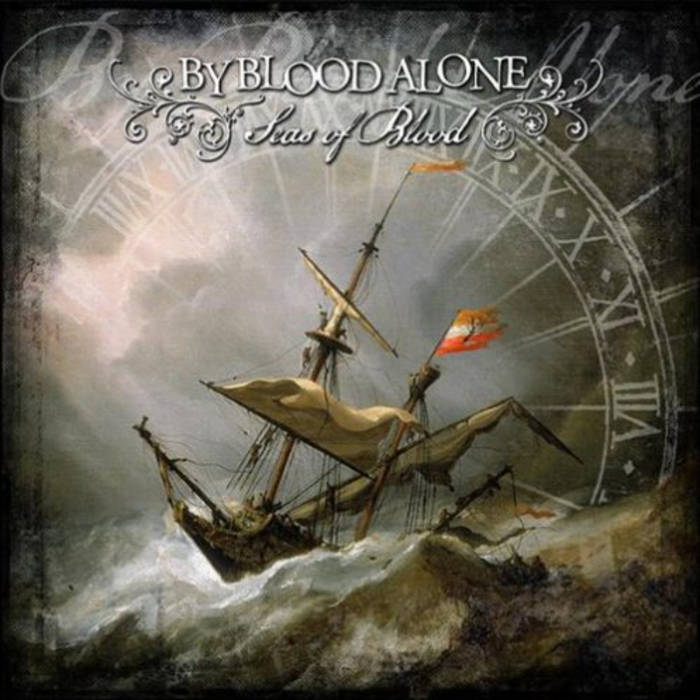 You’ll not see a head-banging, raucous crowd at stage-front of a By Blood Alone show: instead, you'll find a captivated audience unmoving and silent – locked into the moment. Though critics praise this 5-piece progressive metal band from Portland Maine for their complex-but-seamless song writing, determination to dodge stylistic cliches and all-around gothic grandeur, that's not what makes By Blood Alone unique. The key element that sets this band apart is its approach and attitude. One never feels as though By Blood Alone are truly content with the body of their work, but always reaching into the murky darkness before them for what mystery lies ahead.

Formed in 2004, By Blood Alone proudly sound like no one else in their hometown, and few elsewhere. By virtue of association, they might be compared to the likes of Finland's operatic Nightwish or Florida's decidedly progressive Kamelot, and though that is certainly good company to be in, such comparisons are somewhat inaccurate. The songs on By Blood Alone's 2007 cd "Seas of Blood" possess a cinematic quality, brought to life by keyboard tones that bring to mind classic horror and 50's science fiction films that sit alongside crucial sections of dramatic orchestration. At any given moment you are as likely to hear a solitary piano delicately underscoring vocalist Cruella’s quiet whispers as you are a relentless guitar/bass/drums gallop of bone-crunching verses propelling her wail of contempt. A sultry mix of bitter loss, inglorious defeat and even a bit of gallows humor can all be culled from the furious aural denouement unleashed upon the audience before them. These are not simply encores – they are epilogues.

2005 saw By Blood Alone map out their path with the debut EP "Eternally". Ambitious in scope, it set the stage for what is clearly their pinnacle achievement, "Seas of Blood". Amongst accolades from numerous press outlets, Portland's primary arts weekly "The Phoenix" has twice placed By Blood Alone on their year-end Top-10 list, in 2007 for "Seas of Blood" and in 2005 for "Eternally". These achievements can be added to a string of stunning live performances across New England with the likes of Joey Belladonna of Anthrax, Metal Blade Recording artists Goatwhore, as well as former Misfits vocalist Michale Graves and countless other local and regional acts. 2008 will see the band continue to promote "Seas of Blood" and drive crowds to their auditory revival theater.