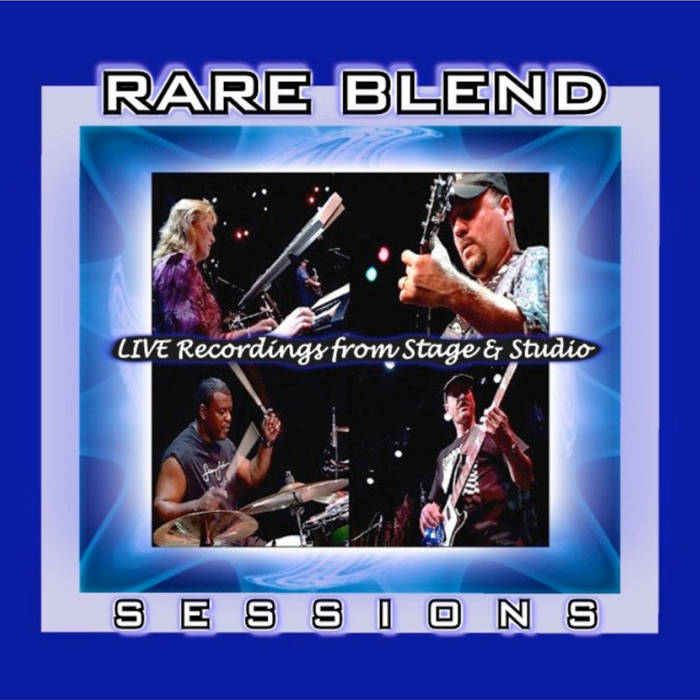 SESSIONS is an impressive 14 track disc of LIVE recordings from stage and studio. Unlike the group’s previous CD’s, SESSIONS highlights Rare Blend’s “one takes”, and “in the moment” jam-fusion instrumentals.
The recordings took place in a variety of settings and venues during 2008 not only in Cleveland, but also in Cincinnati and Baltimore, MD.

SESSIONS is broke up into 3 journeys….Live recordings from Stage – Studio – Film.

Film: these tracks were captured during our performances to screenings of silent films. A project launched by Bobbi Holt (keyboards) in 2007 called “Bridging The Gap”, she believed that Rare Blend music would compliment a film and had always wanted to gel the 2 mediums and present it as a “live” screening and musical performance. The tracks included were performed to the 1925 silent film "Phantom of the Opera" at the Fairfield Arts Center in Fairfield Ohio outside of Cincinnati, and an outdoor screening of the 1929 silent film "Metropolis" at Coventry P.E.A.C.E Park in Cleveland Hts., Ohio.